Get fresh music recommendations delivered to your inbox every Friday.

by Attila the Stockbroker & Barnstormer 1649 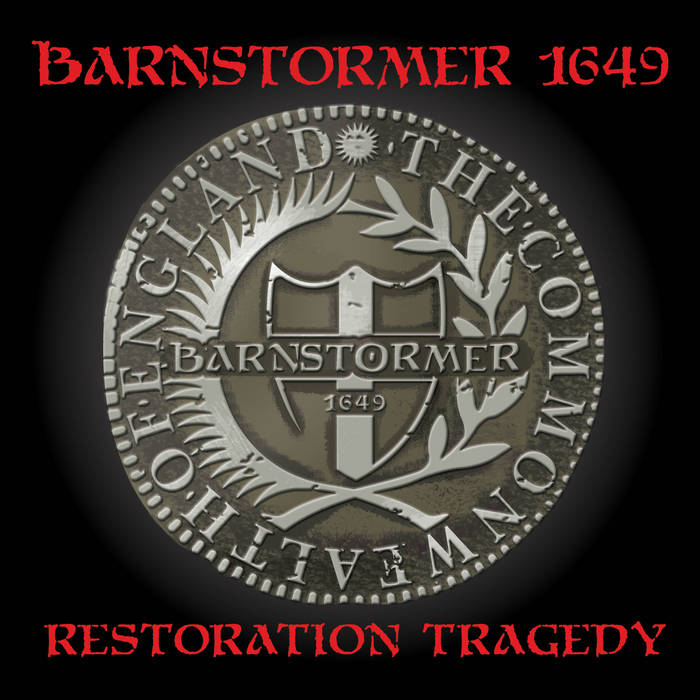 In September 2018 Attila and his band Barnstormer 1649 released their unique album ‘Restoration Tragedy’.
Barnstormer 1649 aim to do with early music & punk what the Pogues did with Irish music & punk - but with a strong historical and political message. Leader, poet and multi-instrumentalist Attila the Stockbroker, describes their sound as ‘Roundhead Renaissancecore and Baroque ‘n’ Roll’.

Attila has always loved early music and plays a lot of the instruments – crumhorn, cornemuse, rauschpfeife, shawm, bombarde and five different recorders as well as violin, viola , mandola and mandocello. A lifelong socialist and activist, he has always been fascinated by the radical movements which exploded at the end of the English Civil War and the execution of Charles 1 - radicals who can be described as the first English socialists. And his songs are inspired both musically and lyrically by the events of that tumultuous time. So instruments and ideas fit together: they are from the same period.

The songs are mostly based around the time at the end of the war, after the King was beheaded and, in the words of a ballad of the time, the world turned upside down. Previously marginal ideas of social justice and equality spread across the land. Barnstormer’s songs are about the Diggers, the Levellers, the Ranters and their leader Abiezer Coppe, the radical factions of the New Model Army and their confrontation with Cromwell’s grandees. There is an epic piece about the narrow escape of Charles 11 after the Battle of Worcester in 1651 in a coal boat which sailed from the spot where Attila has fished all his life in Shoreham Port, 400 yards from his front door. (If he’d been caught, we’d probably be spending more money on the NHS now instead of the Royal Family!)There are some earlier references to Wat Tyler and the Peasants’ Revolt as well.

And all with an eye on what‘s happening now, which is essential. Attila has written a couple of very modern early music songs too. One’s about a visionary with a beard and the initials JC!

History is mainly presented as the story of kings, queens and nobles but real history is about us and our battles for justice. As our country becomes more and more divided along class and generational lines, and the extremes of wealth and poverty become even more sharply defined, we can learn a lot from the events of the past.

Although their politics are similar, there’s one very important difference between Barnstormer and the Roundheads though. Some Roundheads, apparently, thought drinking beer, dancing and having fun was evil. Attila and Barnstormer think it should be obligatory.

Attila the Stockbroker. 40 years of hard hitting social surrealist spoken word and punk rock tinged with early music. 8 books of poetry, autobiography, 40 CDs/LPs, 3500 gigs in 24 countries...a long life earning his living doing what he loves. 'Heart on my Sleeve', a 40th anniversary LP is just out, and his Collected Works will be published by Cherry Red Books later this year. ... more

Bandcamp Daily  your guide to the world of Bandcamp

Little Brother joins the show to discuss their beautiful journey, plus tunes from Fat Tony